Rachel: Well, now that everybody has ordered, I would like to start the celebration and make a toast to Phoebe. She dropped her sock.
Phoebe: Aw. What?
Rachel: No. No, Emma dropped her sock.
Monica: Mom's here? I wanted to have lunch with her today. She told me she was out of town.
Rachel: Ross, she still has not noticed that the baby's sock is on the ground.
Phoebe: It's a good toast.
Rachel: Look, will you please get her attention?
Ross: Oh. Mommy? Mother. [mouths] Sock.
Phoebe: Oh, for God's sake. Judy, pick up the sock! Pick up the sock! Pick up the sock!

Quote from Joey Tribbiani in Friends episode The One After Vegas

Joey: Where is the waitress? I'm starving.
Chandler: It's a buffet, man.
Joey: Oh, here's where I win all my money back!

Quote from Michael Scott in The Office episode Nepotism

Michael Scott: I suppose summer had to end sometime. It's sad, though, because I had a great summer. I got West Nile virus, lost a ton of weight. Then I went back to the lake. I stepped on a piece of glass in the parking lot, which hurt. That got infected even though I peed on it. Saw Inception. Or at least I dreamt I did.

Quote from Christopher Turk in Scrubs episode My Advice to You

J.D.: [v.o.] It's always nice when someone from Carla's family comes to town. Mostly because she cleans our apartment.
Carla: Why is there a pancake in the silverware drawer?
Turk: You mean, why is there silverware in the pancake drawer? Wuh-huh!

Quote from Janitor in Scrubs episode My First Day

Janitor: The door is broke. Probably the fifth time or so it don't open.
J.D.: Maybe a penny's stuck in there.
Janitor: Why a penny?
J.D.: I don't know.
Janitor: Did you stick a penny in there?
J.D.: No, I was making small talk.
Janitor: If I find a penny in there, I'm taking you down.

Quote from Jerry Seinfeld in Seinfeld episode The Pitch/The Ticket

Jerry: You know, we're supposed to be there by two o'clock. We should take a cab.
George: All right, we'll be a little late. I'm not taking a cab.
Jerry: I'll pay for it.
George: It's not the money.
Jerry: Well, what is it you object to? The comfort? The speed? The convenience?

Quote from Michael Scott in The Office episode The Job

Quote from Hal in Malcolm in the Middle episode Rollerskates

Hal: Malcolm, where have you been? You got to get in on this.
Malcolm: Dad... I want skating lessons.
Hal: Son, do you know, once you start there's no going back?
Malcolm: I know.
Hal: This means total commitment. Once you begin the path, there is no leaving the path. Are you sure you're ready for that? I mean really ready?
Malcolm: I-I guess so.
Hal: Neat. We'll start tomorrow. Come on, dig in before they harden.

Quote from Dwight K. Schrute in The Office episode The Delivery

Quote from Blanche Devereaux in The Golden Girls episode My Brother, My Father

Blanche: I'll get it. [answering phone] Hello. Hi, Walter. How are you? Now, I feel like a caged animal in heat, too. Oh! Walter, you naughty boy. Keep on talking. What am I wearing? Well, to be perfectly honest, a nun's outfit. Oh! That sounds good to me. Uh-huh. I'll be over there just as soon as this storm lets up. Uh-huh. [to Angelo] He's a leper. I'm the only one who'll touch him. 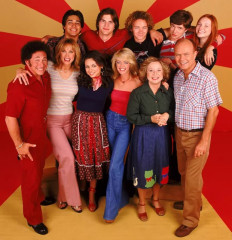 We have added over 5,000 quotes from That '70s Show, the FOX sitcom which ran from 1998 to 2006. The series follows a group of friends in their late teens during the final years of the 1970s. Catch up with your favorite quotes from Eric, Jackie, Kelso, Hyde, Donna, Fez, Kitty, Red and Bob.

Find your favorite quotes from That '70s Show

Malcolm in the Middle Quotes 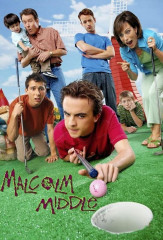 We have added over 4,000 quotes from the 2000s sitcom Malcolm in the Middle. The series, about a boy genius from a dysfunctional family who is sent to his school's gifted program, aired from 2000 to 2006 on FOX. The show starred Frankie Muniz, Jane Kaczmarek, Bryan Cranston, Christopher Kennedy Masterson, Justin Berfield and Erik Per Sullivan. Catch up with your favorite quotes from Malcolm, Lois, Hal, Francis, Reese and Dewey.

Check out quotes from Malcolm in the Middle

3rd Rock from the Sun Quotes 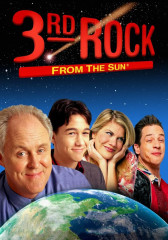 We have added over 4,000 quotes from the '90s sitcom 3rd Rock From the Sun. The series, about a group of aliens who land in Ohio and pose as an American family to study humans, starred John Lithgow, Kristen Johnston, French Stewart, Joseph Gordon-Levitt, Jane Curtin, Wayne Knight, Simbi Khali, and Elmarie Wendel. Catch up with your favorite quotes from Dick, Sally, Harry, Tommy, Mary, Nina, and Mrs. Dubcek.

Find your favorite quotes from 3rd Rock from the Sun 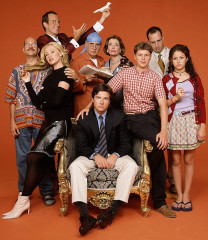 We have added quotes from the cult favorite Arrested Development, which ran for three seasons on FOX from 2003 to 2006 before Netflix revived the show for another two seasons in 2013 and 2018/19. Catch up with the best quotes from the Bluth family: Michael, Lindsay, Gob, George Michael, Maeby, Buster, Tobias, George Sr. and Lucille.

Check out quotes from Arrested Development 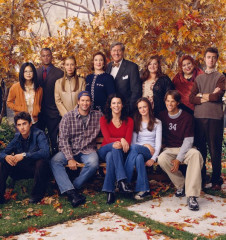 We have added over 6,000 quotes from the 2000s comedy-drama series Gilmore Girls to the site. The show focuses on fast-talking, coffee-drinking mother and daughter Lorelai and Rory Gilmore, who have an especially close relationship since Lorelai had Rory when she was sixteen. Wanting the best for her daughter, Lorelai is even willing to reconnect with her estranged parents, Richard and Emily, so Rory can attend a local private school.

Catch up with your favorite quotes from the Gilmores: Lorelai, Rory, Richard and Emily; and the residents of Stars Hollow: Sookie, Lane, Michel, Luke and Kirk.

Find your favorite quotes from the Gilmore Girls