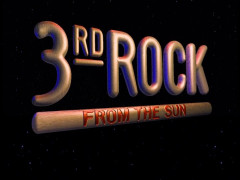 Dick is jealous when Vincent Strudwick is the center of attention after publishing a book. Meanwhile, Sally and Don can't keep their hands off each other when they try to spend time together as friends.

Dick: Look at this. I could write a better book overnight.
Nina: You think you're the smartest man on the planet, don't you?
Dick: For the thousandth time, yes!

Nina: Dr. Solomon, have you bought Strudwick's new book yet?
Dick: Well, I was gonna order it off the Internet until I realized there's no such thing as Amazon.crap. Look at him, standing up there like all of this was for him.
Nina: All this is for him.
Dick: Fine. But he doesn't have to bask. Look at him basking. That basker!
Nina: You're just jealous because he got a book published and you didn't.
Dick: Jealous? [chuckles] Of his little comic book? That's a hoot and a half.
Nina: Well, those four Nobel laureates over there kissing his butt seem to disagree.
Mary: So, where are the Nobel guys?
Dick: Oh, they're over there with Strudwick. But they're not so great. One of them had to share his prize with a Swede.

Harry: Every expert in the country's gonna be dyin' to know how you figured all this out.
Dick: You think?
Harry: Oh, and the fame. I can't wait to see Barbara Walters make you cry.
Dick: Barbara Walters?
Harry: Yep. Grillin' you about your childhood on national television.
Dick: [stammers] But I- I never had a childhood.
Harry: Oh, you don't have to tell me. A boy grows up awful fast on the mean streets of, uh... Where are you from again?
Dick: Outer space! [throws manuscript in the trash] What was I thinking?! If I publish all the secrets of the universe, we might just as well walk into the Pentagon and yell out, "We're aliens!"
Harry: Oh, yeah. That would be quite a predicament. [shouts] You idiot!

Harry: Hey, are you whittling?
Sally: Actually, I found this piece of wood outside, and I figured I'd make us all some twig men.
Harry: Well, how nice of you!
Sally: Yeah, just had a lot of extra energy since Don and I called it off. Can't understand why.

Nina: Dr. Solomon, Channel 58 just called and asked if you would like to appear on some show called Men & Ideas?
Dick: Men & Ideas?! Yes, indeed, I do! Mary, look at this.
Mary: What?
Dick: I guess the word is finally getting out. I'm gonna be a guest on Men & Ideas.
Nina: Actually, you're just a panelist.
Dick: What?
Nina: The show's all about Strudwick.
Dick: No! Oh! [sobs] [drops to the floor]
Nina: You're taking it better than I thought you would.

Strudwick: Hey, Dick. Quite an impressive turnout for me, wouldn't you say?
Dick: Not bad. It's no gay pride parade.
Strudwick: Right. So, what'd you think of the book?
Dick: As bathroom fare? A triumph.
Strudwick: Well, I'm going to go get my picture taken for the National Journal of Physics. Don't be in it.
Dick: Oh, I won't. [to himself] I've got to get in that picture!

Dick: [on the phone] Hello. Yes. This is Vincent Strudwick. You just published my book Physics for a New Millennium. I want all copies recalled. Why? Well, besides the fact that I plagiarized the whole thing from renowned genius Dick Solomon, I also feel that the jacket photo fails to highlight my pouty, feminine mouth. Get on it! Of course this is the real Strudwick! Hello? Hello?

Dick: What's this?
Nina: It's Strudwick's new book.
Dick: Oh, I thought I smelled a stink in here.
Nina: Well, get used to the stink. It's the new textbook you'll be teaching from.
Dick: What?!
Nina: They say it's brilliant.
Dick: Who says that?!
Nina: Everyone.
Dick: Well, call up "everyone" and tell them to go to hell.

Harry: Tommy, my man! Lookin' good!
Tommy: Yeah. I'm gonna go meet Alissa's parents tonight. I'm a little nervous.
Harry: You know what I find, Tommy? Parents love the Greeks. So what you want to do is come off as Greek. But not too Greek, see, 'cause that's just creepy. I suggest medium Greek. That's money.
Tommy: I'm just gonna be myself.
Harry: Ah. Bold choice.

Dick: [types] "Relative intensities comparison spectrum gravitational field, deviation of the relative infinity of the construct"-
Don: Hey, Dick! The movie starts in 20 minutes.
Dick: Don, I- I can't come. I'm in the middle of writing a groundbreaking book that'll bring the physics world to its knees.
Don: Oh. What's it called?
Dick: "Payback's a Bitch, Strudwick."
Don: But, Dick, I- I already got the tickets, like you told me.
Dick: Here. Listen to this, Don. "To construct the analog curvature, deplace a vector X a second time to the first P. The coinciding volume of the light complex is the same whether measured in terms of the variable K or L." What do you think?
Don: Watch out, Steven King.
Dick: Oh, he better.

Correct this quote
Page 2
Showing quotes 1 to 10 of 26.
Previous Episode Next Episode    View another episode